This article on how to invest in Brazil was published on American Society of São Paulo‘s May newsletter, and summarizes the views of one of CAPITAL INVEST’s Directors, that spoke on April’s “Let’s Connect” AmSoc Event.

“Let’s Connect” are AmSoc speaker events in which the President on a Multinational or top Brazilian firm speaks presenting a business topic to AmSoc members.

INVESTING IN BRAZIL VIA M&A: OPPORTUNITIES AND CHALLENGES

Although Brazil offers enticing and profitable expansion opportunities for multinationals, there are several challenges that must be considered to ensure the success of the Brazilian market entry strategy.

Nestor Casado of CAPITAL INVEST – M&A Advisors, provided some specific insights on the opportunities and challenges (and how to overcome them) at the most recent “Let’s Connect” event on April the 15th.

Casado has been dealing with Mergers and Acquisitions for over 20 years, and  is currently the CEO of CAPITAL INVEST, one of the leading Brazilian M&A Boutiques, with an accumulated experience exceeding R$2billion in over 50 transactions.

He began by explaining the opportunities that Brazil offers to multinationals searching for geographic expansion opportunities: “Brazil is the 8th country in the world in terms of GPD. On the list of the top 15 countries by GDP, Brazil is among the top 5 in term of population, surface, FDI (Foreign Direct Investment in Brazil), and  GDP growth perspectives. Unlike other BRICS, Brazil is a consolidated democracy with no ethnic, religion nor geopolitical conflicts. Brazil represents 1/3 of Latin American GDP (including Mexico), and São Paulo city is the biggest city in both terms of GDP and population in the whole southern hemisphere (including cities in Australia).”

On the other side, he also explained some of the challenges: “The first challenge is cultural, particularly for the Europeans and Americans, Brazilian tend to behave quite differently according to HBR both on meetings and negotiations. Brazilian taxes are the most complex worldwide, demanding more hours to comply than any other countries in the world. On top of this, Brazil concentrates 95% of the labor litigation worldwide. Those factors along with some others such as energy costs, infrastructure, exchange rate volatility, and bureaucracy add up to what is commonly known as <Custo Brazil>”.

How to enter Brazil: organic versus inorganic Growth (M&A)

He later explained how for those reasons, and the long and volatile learning curve, the ideal entry strategy for invest in Brazil is not organic growth, but the acquisition of a reputable, experienced and healthy local player. One example is the pharma market, in which among the top 20 players, there are 12 multinationals, 11 of which have been involved in any type of M&A transaction or JV along the last years.

He later explained the M&A market trends, and the most active segments, Brazilian estates and countries investing in Brazil via M&A.

He also explained that “while the M&A process is not technically different from other countries in the world, Brazil has several peculiarities that be dealt with. E.g.: target selection is both key and challenging to a successful transition. On the one side Brazilian firms tend to radically differ in managerial skills, corporate governance levels, business ethics and profitability. On the other side public information is scarce. Therefore the experience and network of a local Brazilian M&A Advisor is key to map and prioritize targets”

Another peculiarity happens along the deal negotiations as “paradoxically: personal relations, creating empathy, speaking the same language, gaining trust, and in summary dealing with emotions, can be as relevant as making a high bid or communicating brilliant rational arguments.”

On top of this, due to economic and political shifts, Brazilian business valuations must be “political-proof and economical-proof”. Additionally Due Diligence is key to map potential liabilities, that are key to a business valuation.

After Ms. Casado spoke, participants mingled and enjoyed cocktails until late in the evening. The event offered plenty of opportunities to make connections and gain insights in a private, relaxed setting.

You can find the complete pdf presentation here:

You might want to know more on “How to Invest in Brazil“: 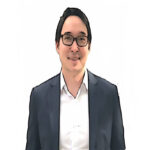 Check these CAPITAL INVEST's articles on M&A:
CONTACT US